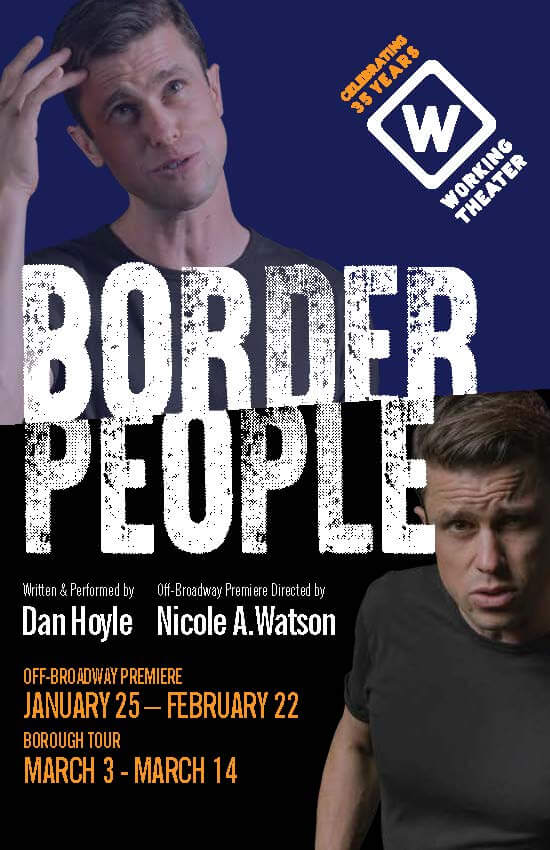 *Due to public health concerns surrounding the COVID-19 virus, performances of “Border People” in Queens scheduled Friday, March 13, 2020 and Saturday, March 14, 2020 have been canceled.  We’re so sorry for any inconvenience this may cause.

“Hoyle’s piece assembles voices that often go unheard, not only on stage but in public discourse around race, immigration and cultural difference…  an undeniably engaging and thought-provoking 75 minutes”-Time Out NY

“This is a show that anyone who considers themselves a well-informed citizen should see… These are stories that don’t often get told in theater — and Hoyle presents them in an honest, reliable way” – TheaterMania

“one of the most special, enlightening, heart warming and informative evenings I have spent at the theater in ages” – StageBiz.com

“BORDER PEOPLE reminds us of the universality of the human spirit, tugs at your heart strings, and hopefully forever changes how you view “the immigration problem… Brilliant journalistic theatre perfectly timed” – An Electronic Journey

“A master of his craft. Each of Hoyle’s details as juicy as a new plum. Hoyle is one of our theatrical gems.” —San Francisco Chronicle

“Dan Hoyle’s brilliant portrayals are exactly what we need right now.”—Cecilia Muñoz, immigration advocate and director of the Domestic Policy Council in the Obama White House

originally developed with and directed by CHARLIE VARON 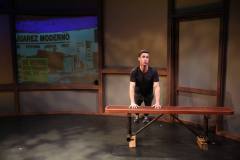 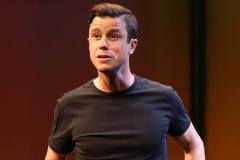 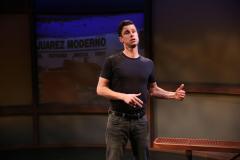 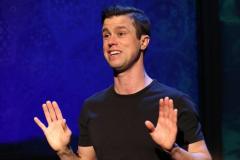 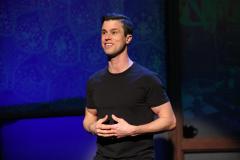 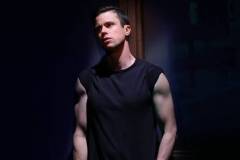 Photos above by Carol Rosegg: Dan Hoyle in Border People at Working Theater

Wednesday, February 19 / U.S. Immigration: The Policy and the People
Join Peter Goldberg, Co-Founder and Executive Director of the Brooklyn Community Bail Fund in conversation with Marcial Godoy-Anativia, Managing Director of the Hemispheric Institute of Performance and Politics at New York University, Julia Preston of The Marshall Project and Theresa Thanjan, Manager of Member Engagement, NYC, at the New York Immigration Coalition.

Friday, February 28, 2020 / 6:00 PM / Community Engagement Workshop at the Bronx Documentary Center
Join us for an evening exploring the current Bronx Documentary Center exhibition, Trump Revolution: Immigration. BDC Founder and Executive Director Mike Kamber will lead a guided tour of the exhibition, followed by a discussion among our community members on the works exhibited and the human cost of American’s changing immigration policy. Refreshments will be provided. 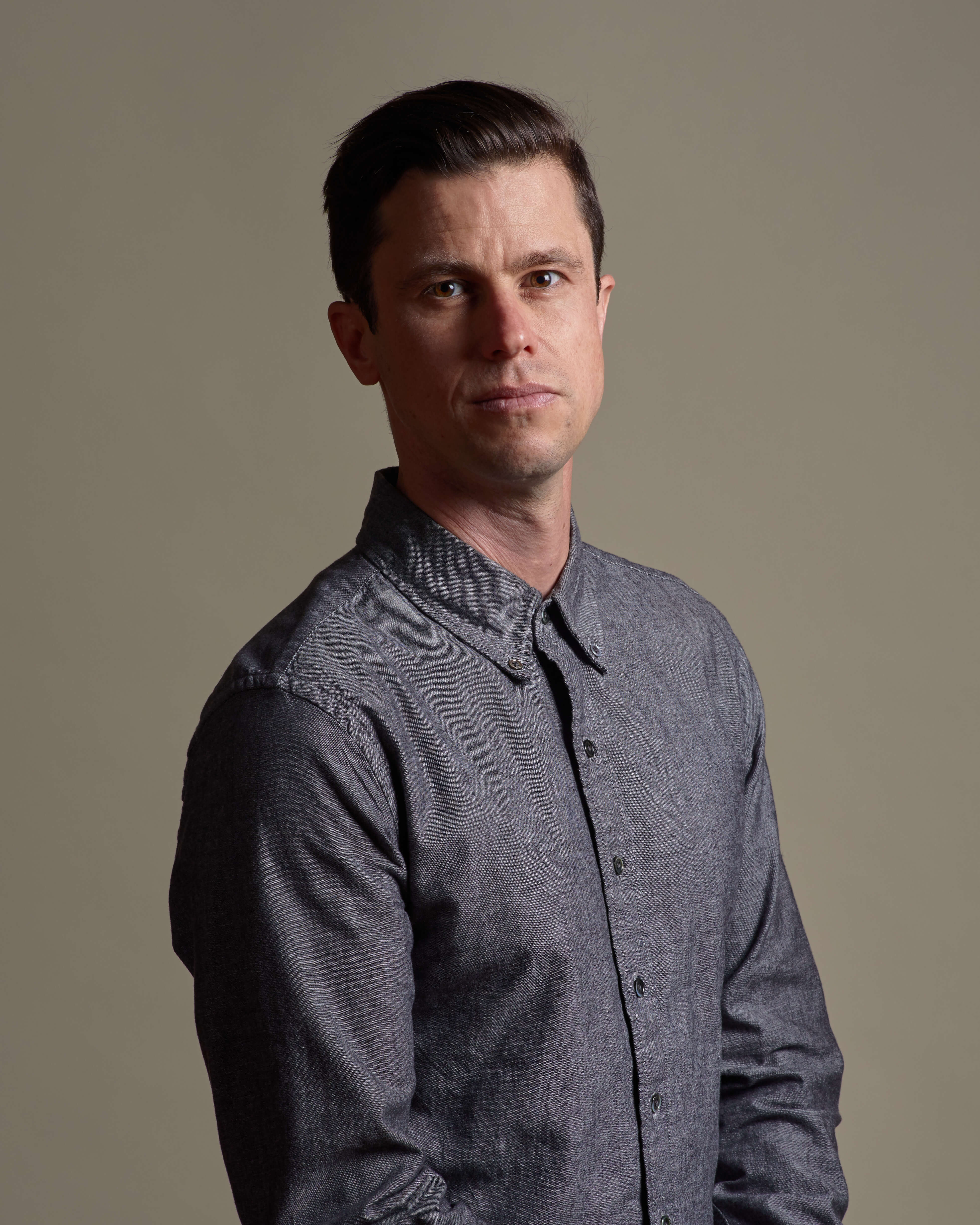 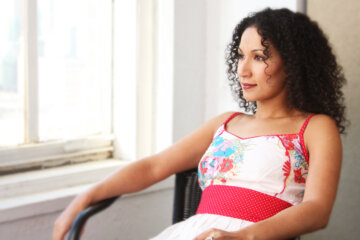 Nicole A. Watson (Director) is thrilled to be back at Working Theater. She is the associate artistic director at Round House Theatre as well as a freelance director and educator. Recent credits include The Niceties (Geva Theatre) School Girls; Or, The African Mean Girls Play (Round House Theatre), A Doll’s House Part 2 (Round House Theatre), Sweat (Asolo Repertory Theatre), and Skeleton Crew (Baltimore Center Stage). As a director she has worked at the O’Neill Theater Center, Playmakers Rep, Theater Latte Da, the Kennedy Center, the New Black Fest, Oregon Shakespeare Festival, New Georges, the Lark, New Dramatists, and the 52nd Street Project. As an educator she has worked at the University of Maryland College Park, NYU, North Carolina School of the Arts, Smith College, Two River Theater, Long Island University, and ACT in San Francisco. Along with Dina Vovsi, Luke Harlan, and Rebecca Martinez, Nicole curated The Working Theater Directors Salon for 5 seasons. Her interest is in new plays, especially those that interrogate history and amplify the narratives of those who have been ignored or misrepresented. She is an associate artist at Cincinnati Playhouse in the Park, a New Georges affiliated artist, an alum of the Women’s Project Lab, the Drama League, and a member of the SDC. www.nicoleawatson.com 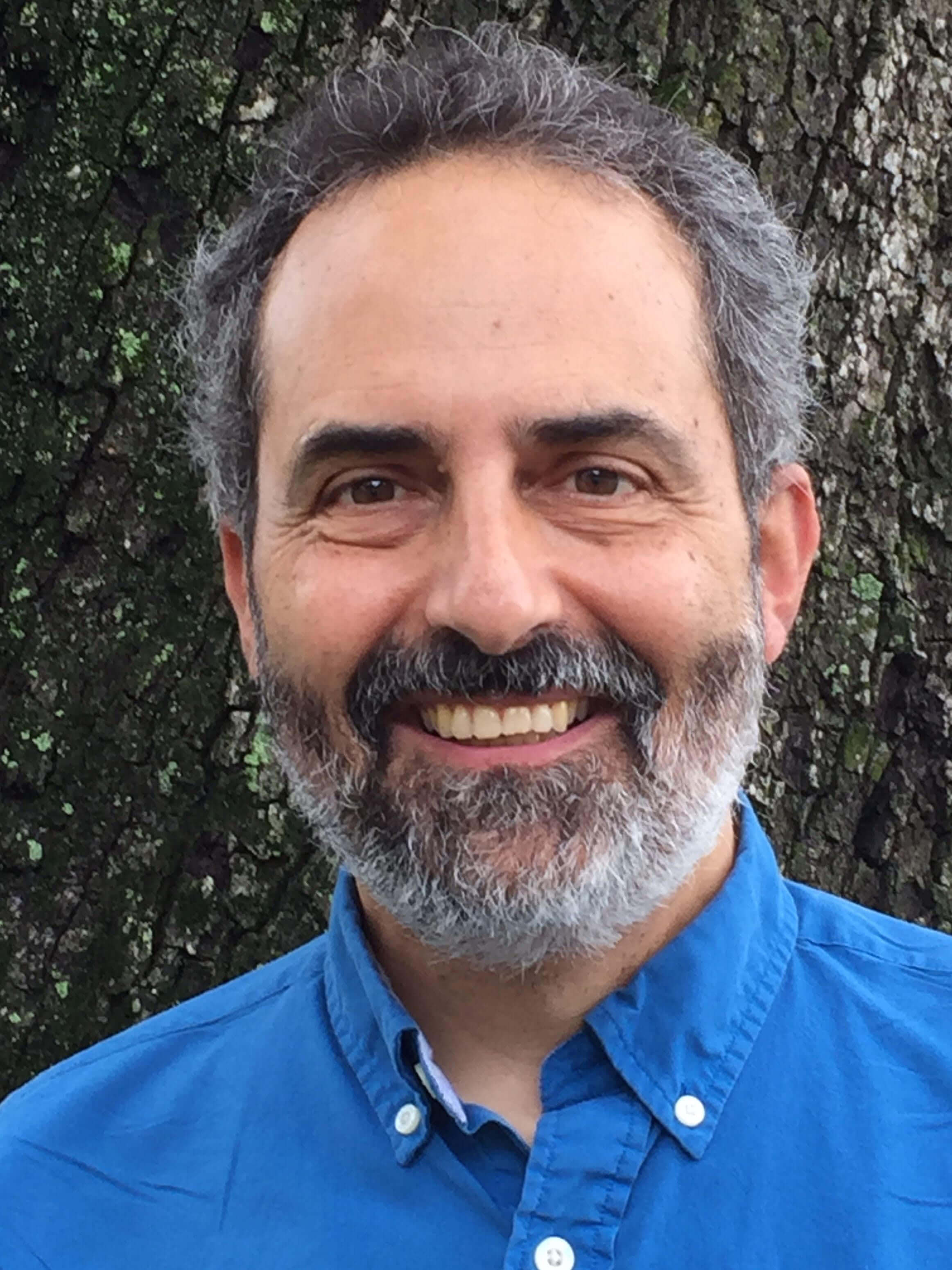 Charlie Varon (Original Director/Co-Developer) is an artist-in-residence at The Marsh in San Francisco. He has collaborated with Dan Hoyle on all his solo shows, including Circumnavigator, Tings Dey Happen, The Real Americans and Each and Every Thing. As playwright/performer, Varon’s award-winning solo shows —all created in collaboration with David Ford —include Rush Limbaugh in Night School (1994), The People’s Violin (2000), and Rabbi Sam (2009) which have had long runs at The Marsh and toured the country. www.charlievaron.com