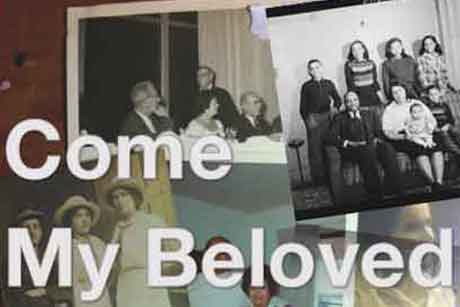 Come My Beloved is a new play about race, intimacy and Detroit, Michigan. The play chronicles one Friday night in the lives of three Black and Jewish couples, all based on one real family. They are: communists Solomon and Sophie (1932); Noah, a PhD student, and Susan, an undergrad passing as white (1972); and Maya and Julia, recently relocated Brooklyn artists (2012). Through glimpses into the lives of these three couples, Come My Beloved explores the downfall and resurgence of one of America’s most important cities and the vastly different trajectories of two communities within it.

Emma Weinstein is a New York and Oakland based director focusing on devised and immersive theatre. Emma attended Smith College and the National Theatre Institute at the Eugene O’Neill Theatre Center. In New York City, Emma’s work has been seen at the Occupy the Empty Space Festival, The Alchemical Theatre, The Emerging Artists Theatre, Paradise Factory, The Galapagos Space and regionally at the Access Theatre and Theatre Off Jackson in Seattle, Refuge PDX in Portland Oregon, The Hallie Flanagan Studio Theatre in Northampton, The Gorilla Tango Theatre in Chicago, the Washington DC Arts Center,  The Davis Square Theatre in Boston and The Haymarket Theatre in Lincoln, Nebraska. Emma’s production, Mom Baby God, an undercover look at the pro-life movement, is touring to theatres and festivals across the United States. Emma was a 2014 Drama League Classical Directing Fellow in residency at Shakespeare and Company and The Old Globe. Website: www.emmaweinsteindirector.com