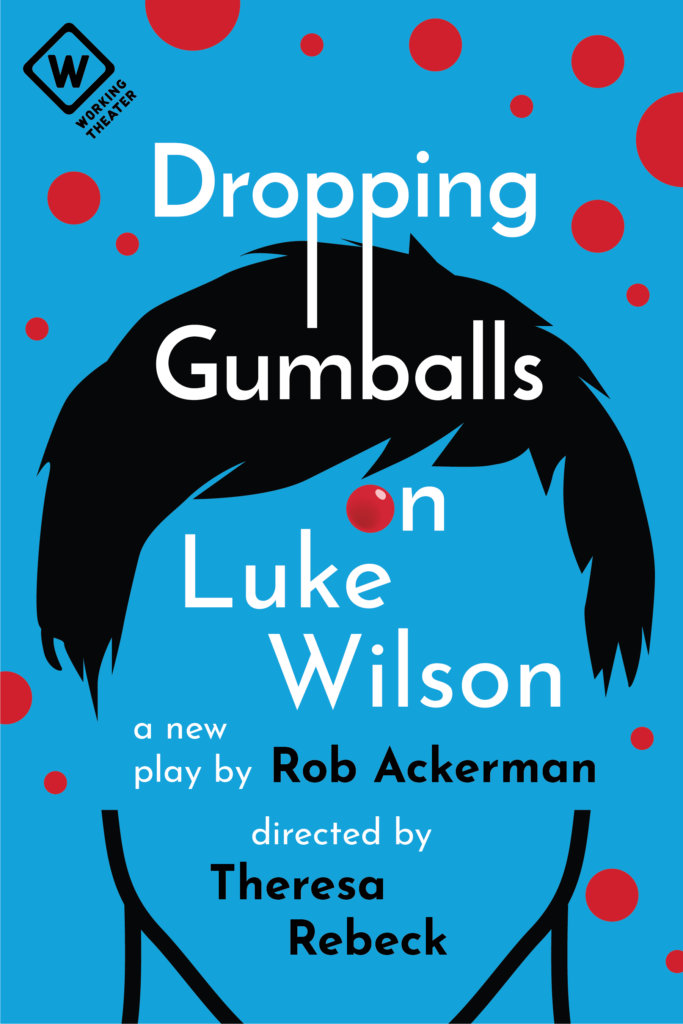 A NEW PLAY BY ROB ACKERMAN
DIRECTED BY THERESA REBECK

Inspired by a true, little-known story about the making of an iconic TV commercial in which a legendary film director puts a movie star’s life in the hands of a very jittery props guy. A humorous and ultimately disturbing account of power in the workplace, “Gumballs” examines how truth is negotiated in both art and in life, and who gets to control the narrative in an increasingly divided society.

Pay-what-you-can every Wednesday at the door, subject to availability.  Tickets released first-come, first-served, 15 minutes prior to curtain.

Pre-show Weds 7/3 7pm:
Art Installation & Performance: “The Next Generation”
Come before the show to see the work of young artists featured by our friends at Labor Arts and Brooklyn Acts!

CLICK HERE to read more about the panelists and post-show talkbacks. 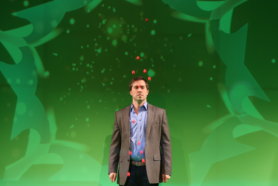 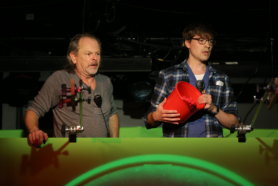 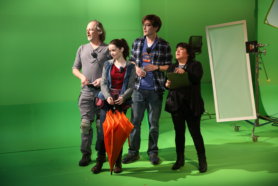 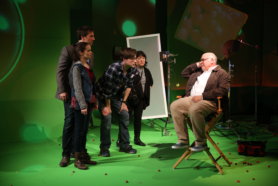 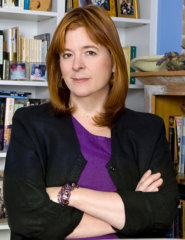 Playwright ROB ACKERMAN’s work includes Tabletop, directed by Connie Grappo for Working Theater, Drama Desk Award winner for Best Ensemble Performance; Origin of the Species, a play which became an indie film featuring Amanda Peet, directed by Andrés Heinz; book of Volleygirls, winner of three awards at the 2013 New York Musical Theater Festival, including Most Promising New Musical and Best in Fest, music by Eli Bolin, lyrics by Sam Forman, directed by Neil Patrick Stewart; Teach for America, commissioned and produced by American Conservatory Theatre in San Francisco; Call Me Waldo and Disconnect, both for Working Theater. Rob’s work has been anthologized by Vintage Books, Dramatists Play Service, Smith and Kraus, and Playscripts, and nurtured at Yaddo, Flux, Lark, and Dorset Theatre Festival. For years, Rob has worked as Prop Master for the SNL Film Unit. He was born and raised in Columbus, Ohio, majored in theater and Spanish at Middlebury College, and earned an M.F.A. in stage directing at Northwestern University. Rob and his wife, author Carol Weston, live in Manhattan, and he’s a longtime member of Dramatists Guild of America, Inc.

Director THERESA REBECK is a prolific and widely produced playwright, whose work can be seen and read throughout the United States and abroad. Her fourth Broadway play, Bernhardt/Hamlet, premiered last fall as part of the Roundabout Theatre Company’s 2018-19 season, making Rebeck the most Broadway-produced female playwright of our time. Other Broadway works include Dead Accounts; Seminar and Mauritius. Other notable NY and regional plays include: Downstairs, Seared, The Scene, The Water’s Edge, Loose Knit, The Family of Mann and Spike Heels (Second Stage), Bad Dates, The Butterfly Collection and Our House (Playwrights Horizons), The Understudy (Roundabout), View of the Dome (NYTW), What We’re Up Against (Women’s Project), Omnium Gatherum (Pulitzer Prize finalist). As a director, her work has been seen at The Alley Theater (Houston), the REP Company (Delaware); Dorset Theater Festival, the Orchard Project and the Folger Shakespeare Theater. Major film and television projects include Trouble, starring Anjelica Huston, Bill Pullman and David Morse (writer and director), “NYPD Blue,” the NBC series “Smash” (creator), and the upcoming female spy thriller 355 (for Jessica Chastain’s production company). As a novelist, Rebeck’s books include Three Girls and Their Brother and I’m Glad About You. Rebeck is the recipient of the William Inge New Voices Playwriting Award, the PEN/Laura Pels Foundation Award, a Lilly Award and more.

CLICK HERE to read an interview with Theresa about her NYC directing debut.

Deepest thanks to our 34th Season Supporters

the National Endowment for the Arts