Please join us for the final performances of TheaterWorks! Tickets are free to reserve but donations are welcome.

To learn more about the TheaterWorks! program, please click below:
Learn More

Join us for the final performance of plays written by working professionals who have completed our first ever open-access TheaterWorks! program in partnership with the Consortium for Workers Education.

COVID-19 event policies: Masks will be required to be worn throughout the duration of the performance.There is no vaccination requirement.

TheaterWorks! teaches playwriting and performance to working people. In this sixteen-week class, students write and rehearse short theatrical pieces based on their work experiences, and perform them at an off-Broadway venue with professional actors and directors. 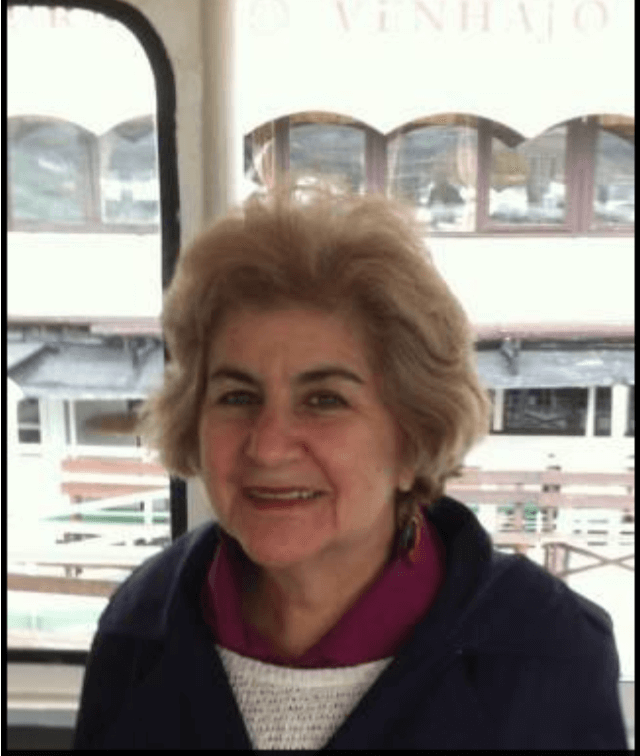 What is the name of your play?
In an Abandoned Building

Tell us what your play is about in 3 sentences or less:
The conflict between a young social worker and an elderly woman who is the only tenant in her Bronx building. Is featured with a  surprising resolution.

When did you start writing plays?
My first play, A Cigarette Girl in the South Bronx,was produced by the Working Theater in 2020.

What is one thing about you that surprises other people?
I am a swimmer in all seasons.

What is the one thing you learned in TheaterWorks! you’ll never forget?
I value the importance of individual stories.

Anything else you’d like to share with our audiences?
I welcome this opportunity to see my work produced. 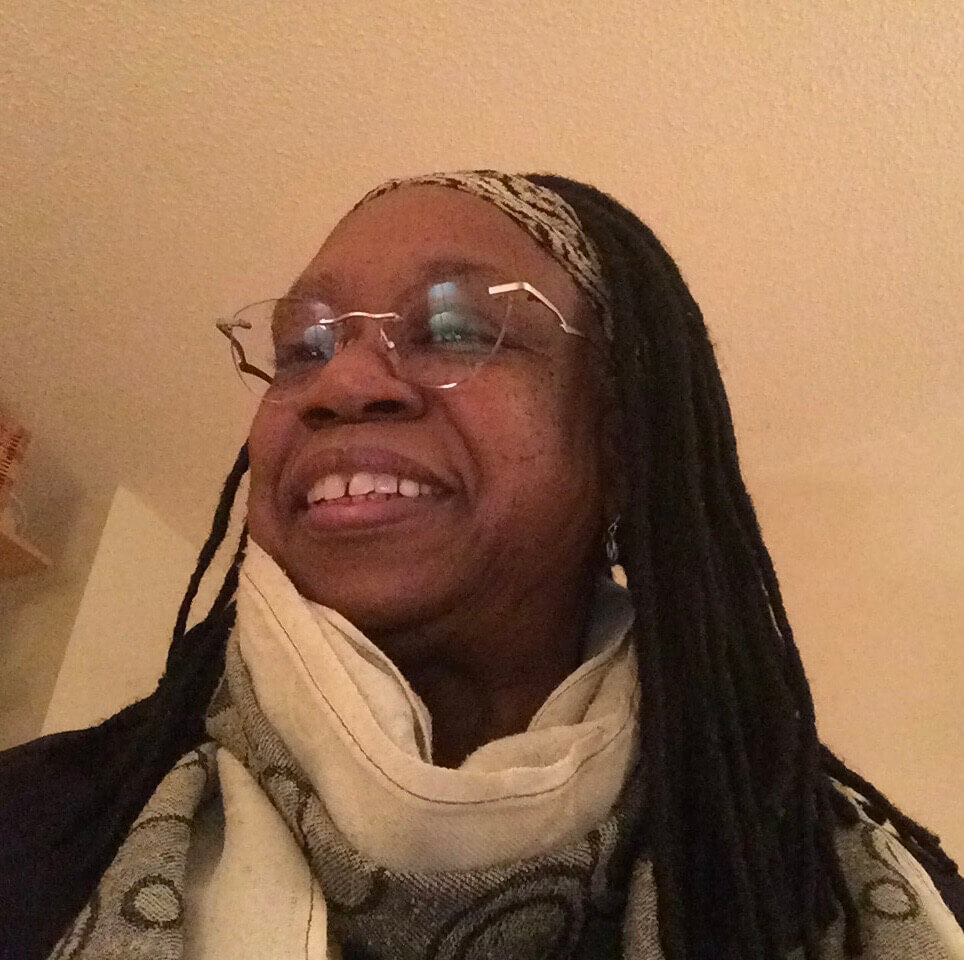 What is the name of your play?
TROBA

Tell us what your play is about in 3 sentences or less:
It’s about a man and a woman and a decision that affects us all

What was the inspiration behind your piece?
My inspiration for the play was the shifting climate and polarization of America, and the continuing exposure of the country’s underside.

What is one thing about you that surprises other people?
I love to laugh!

What is the one thing you learned in TheaterWorks! you’ll never forget?
To let the characters speak to me and to learn to love them even if they do villainous things. 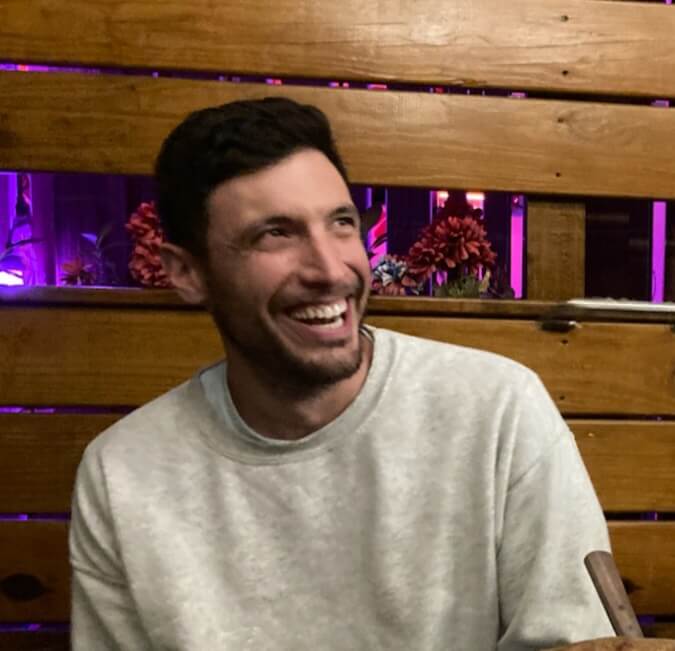 What is the name of your play?
Billionaire’s Row

What was the inspiration behind your piece?
The moments of honesty, sympathy and laughter that I’ve shared with fellow workers over the years, in the face of all life’s challenges and in the midst of some overwhelmingly stressful times and circumstances. The consistent obligation I feel to disrupt some coworkers, especially younger white men, from falling into, embracing or attempting to organize around toxic retrograde worldviews that have gained traction in recent years. Witnessing how some of the smallest 1-to-1 acts of mutual aid and solidarity can connect people in ways that transcend our divisive media landscapes and our segregated networks of thought, and how i think that brings us closer to real, collective power.

When did you start writing plays?
When I started doing the Theaterworks class. Thanks Theaterworks!

What is one thing about you that surprises other people?
I speak Spanish

What is the one thing you learned in TheaterWorks! you’ll never forget?
“Go in with a plan, but be willing to abandon it.”

Anything else you’d like to share with our audiences?
My play is about Bill and Ted, who are struggling with some material and emotional hardships that have left them alienated from the world and one another in ways they probably don’t even realize. Posed with the spontaneous prospect of stealing a valuable work of art, they grapple with what it means to assert agency in a city where change usually takes place at their expense. Through friendship, they rediscover what it takes to render life Believable during an era that’s called “post-truth.” 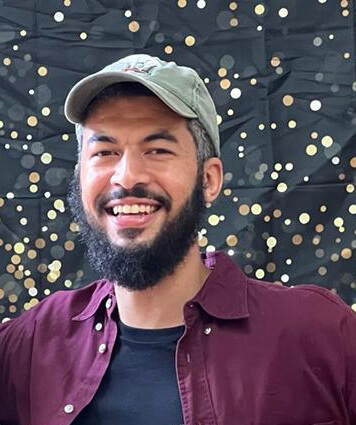 What is the name of your play?
Sparks of Uncertainty

Tell us what your play is about in 3 sentences or less:
Sparks of Uncertainty follows the journey of a twenty five year old electrical apprentice named Chris. As Chris’s journey unfolds, it becomes less clear to him whether accomplishing his long sought after goal of security and certainty, should be categorized as a blessing or a curse.

What was the inspiration behind your piece?
As a Local 3 apprentice, I’ve spent time with numerous crews on numerous job sites all across the city. On one particular job site, every single day, after finishing up our shift and waiting for the elevator to bring us down to the lobby, a veteran Journeyman would always say “Life begins after work”. As time went on, I got closer to the completion of my apprenticeship and grew increasingly uncomfortable by the reality of that statement. “Sparks of uncertainty” is loosely based on my own experiences, and mental hurdles that I faced as an IBEW Local 3 Apprentice.

When did you start writing plays?
This is my first play!

What is the one thing you learned in TheaterWorks! you’ll never forget?
Every “good” story involves conflict and struggle. Working with Joe White and the rest of the class, we deciphered different stories and worked together to distinguish what separates a memorable play that earns some time inside of the minds of the audience, and the not so impactful writings. It became increasingly clear that every impactful story involves conflict.

Anything else you’d like to share with our audiences?
I’m honored to be given a platform to share my ideas thanks to TheaterWorks! I take pride in using this as an opportunity to spark both inner and outer dialogue, about fulfillment, decision making, and identifying one’s goals. During a time of technological breakthroughs and the abundance of knowledge oozing out of the countless devices, the word “reality” still maintains its dark undertone. This play emphasizes how we’re constantly creating our own realities, and some of the biggest factors that distinguish a desirable reality from an undesirable reality is our thoughts, actions, decisions, and perspective. 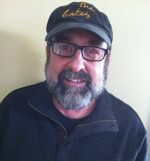 Joe White graduated Cum Laude from The University Of Rhode Island with a BA in English and a BFA in Theatre. He has been an active member of the theatre community in New York City for 38 years, performing in off-Broadway theatres, including So-Ho Rep, The Public Theatre, West Side Arts Theatre and Ensemble Studio Theatre. He has performed at the Edinburgh Theatre Festival, toured India and acted in Regional Theatre. Joe’s film and television acting credits include Goodfellas directed by Martin Scorcese, and numerous episodes of TV’s Law and Order and Blue Bloods. As a director, Joe has worked at the Ensemble Studio Theatre, Lincoln Center Institute and The Williamstown Theatre Festival, to name a few. He is an Acting Coach at Fordham Law School and teaches playwriting for The Working Theater. He is a Teaching Artist for Manhattan Theatre Club and Theatre Development Fund. Joe has spent many years volunteering for The 52nd St Project (a program which brings theatre professionals together with the underserved children in Hell’s Kitchen). Joe is a member of Actors & Writers, a theatre company in the Catskill Mountains of New York, where he maintains a home. 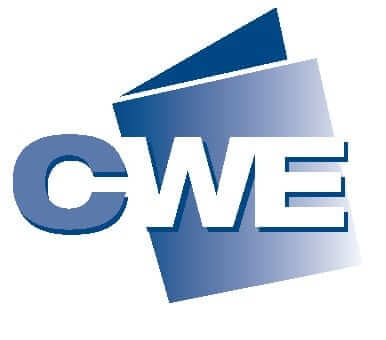 The Consortium for Worker Education (CWE) is a private, non-profit agency that provides workforce preparation, industry specific training, and employment services to over 60,000 New York City workers annually, including dislocated workers, New Americans, union members and those new to the workforce.

CWE is the workforce development arm of the New York City Central Labor Council, AFL-CIO, whose affiliated unions represent over 1.2 million workers in the metropolitan region. The CWE union upgrade programs assist workers in maintaining and upgrading their skills and advancing their careers.

Through its community-based partnerships and initiatives, CWE provides tens of thousands of New Yorkers with access to quality, dignified careers in various economic sectors including healthcare, construction, transportation, civil service, education and childcare, retail, and tourism.