Founded in 1985, Working Theater’s mission is to create theater specifically for, about and with working people— those working in the industrial, service and transportation industries — a community that makes up the majority of the overall metropolitan workforce. We believe theater should not be a luxury.  We make our productions relevant, accessible and affordable to all regardless of geography or socio-economic status. Through ticket subsidies, an active commissioning program, a successful grassroots audience development program and a pioneering arts-in-education program, our audience reflects the full diversity of New York.

Working Theater has commissioned, supported, and produced over seventy culturally
diverse world-premiere plays. The company’s body of work has addressed subjects and themes ranging from the working conditions of television production crews (Rob Ackerman’s Tabletop) to the plight of the uninsured in America (Michael Milligan’s Mercy Killers)  to the shared journey of undocumented immigrants crossing the United States border, staged inside an actual 18-wheeler (Ed Cardona, Jr.’s La Ruta). Twenty-six of Working Theater’s original plays have been published and 3 have been featured and fully reprinted in American Theatre magazine. The company has presented work in 8 American cities, earned 6 Drama Desk Award nominations, a Drama Desk Award for Outstanding Ensemble, and 3 Audelco Awards.

In recent years the Company has expanded its reach by touring its professional productions into NYC neighborhoods working people call home, through its ambitious Five Boroughs/One City Initiative, a theater project in which playwright/director teams create pieces of theater rooted in neighborhoods in each of the 5 boroughs of New York. 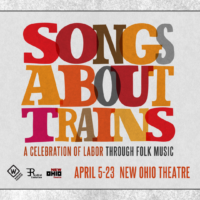 Folk songs, stories, and movement weave together in this theatrical concert to celebrate the workers from a pivotal moment in… 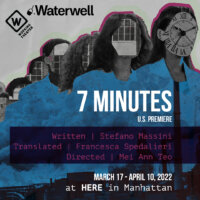 Based on actual events, 7 Minutes depicts an urgent meeting of the 11 women elected to the union council of… 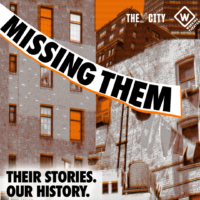 Their stories. Our history. Missing Them, a live theater event, goes beyond the headlines and numbers to bring a living…

by Rob Ackerman, directed by Theresa Rebeck. off Broadway premiere 6/11-7/6/19

As a group of old friends gather for a round of dominoes, outside forces converge on their street corner. When…

Dontrell’s just come back from upstate, no, not like Upstate upstate, just with his girl, you know, quiet workin’ man…

Joe loves apple pie, Rush Limbaugh and his wife, Jane. He is blue-collar, made in the USA and proud, but…

A hilarious and profoundly moving collage of mothers, nannies and caretakers, and the complex chemistry between them.

The story centers around Nihar, a 15-year-old homeless runaway selling sex to survive, who claims he’s being pursued by supernatural demons. When Jessica, a young social…

BACK FROM THE FRONT

An absurd picture of America at war, a hilarious and finally tragic portrait of a family coming apart at the…

Pervez, a Pakistani cab driver, is haunted by the ghost of his religious brother after he is picked up by…

By inviting relatively unknown neighbors to dinner, a corporate consultant at a moral crossroads tries to avoid the lies of…

Amid complex office politics and power struggles, two generations of secretaries, answering phones for bosses who never materialize, battle the…

Tabletop takes you into the crisis-a-minute world of a TV commercial film studio which provides the product shot, or close-up, of…

An Obie-award-winning piece by Marty Pottenger, which tells the story of the planning, building, and financing of the largest non-defense…

A Drop in the Bucket

Retired widow Bea is content to watch “Jeopardy” and bake cookies for her son’s weekly visits, until she is befriended…

Inspired by a true story of the murder of an Asian-American teenager by a Detroit autoworker in 1982, The Windowman addresses issues…

I am a Man

Persimmon Peel explores the lives of African-American women through dreams, monologues, and improvisations.

Let Me Live is based on the autobiography of labor-union advocate Angelo P. Herndon. After organizing thousands of destitute white and…

Special Interests presents sympathetic views of people caught in situations that bring out the best and worst in them.

Set in Gloucester, Massachusetts in the 1970’s, the fishermen and longshoremen known as lumpers fear that the growing Asian American…

Man with a Raincoat 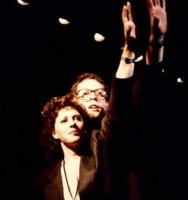 Set in the 1960s in the lunchroom cafeteria of a bottle cap factory on the southwest side of Chicago, frustrated…